HRH Prince Philip, Duke of Edinburgh - Message from the Moderator 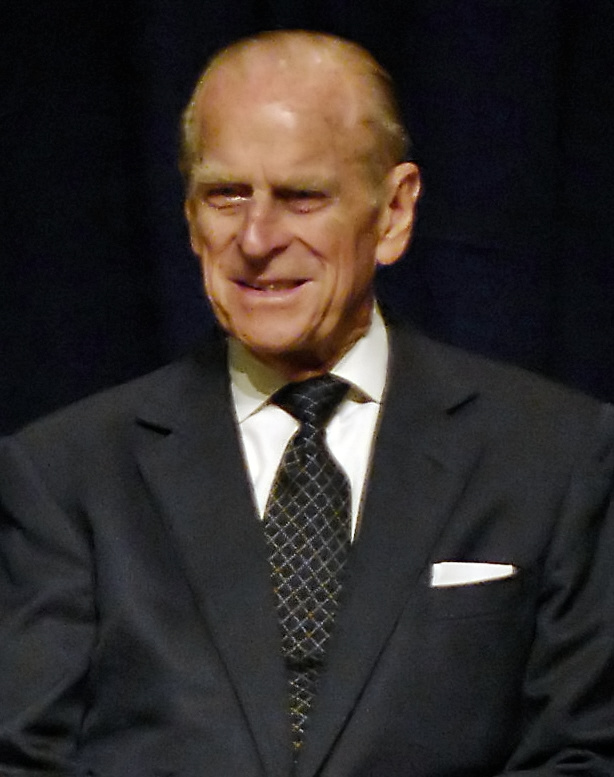 It is with great sadness that we learn about the sad death of HRH Prince Philip, The Duke of Edinburgh.

The Palace said in a statement: "It is with deep sorrow that Her Majesty The Queen announces the death of her beloved husband, His Royal Highness The Prince Philip, Duke of Edinburgh."

The congregations of the Non-Subscribing Presbyterian Church of Ireland join together at this very sad time in prayer and reflection and send our deepest sympathies to HM The Queen and the Royal Family.

MESSAGE FROM THE MODERATOR

I am deeply saddened to hear the news of the death of His Royal Highness The Duke of Edinburgh Prince Philip. He was a wonderful Consort and husband to Her Majesty, Queen Elizabeth, and loving father and grandfather to his children, grandchildren and great grandchildren.
Amongst his many achievements is the Duke of Edinburgh Award, which is a great incentive to many young people and has worked closely with Gaisce – The Irish President's Award. Participation in both projects have helped young people progress beyond their own expectations of themselves.
As Moderator I wish to express our deepest condolence to Her Majesty and The Royal Family on behalf of The Non Subscribing Presbyterian Church of Ireland.
Rt Rev Christopher Hudson MBE
Moderator 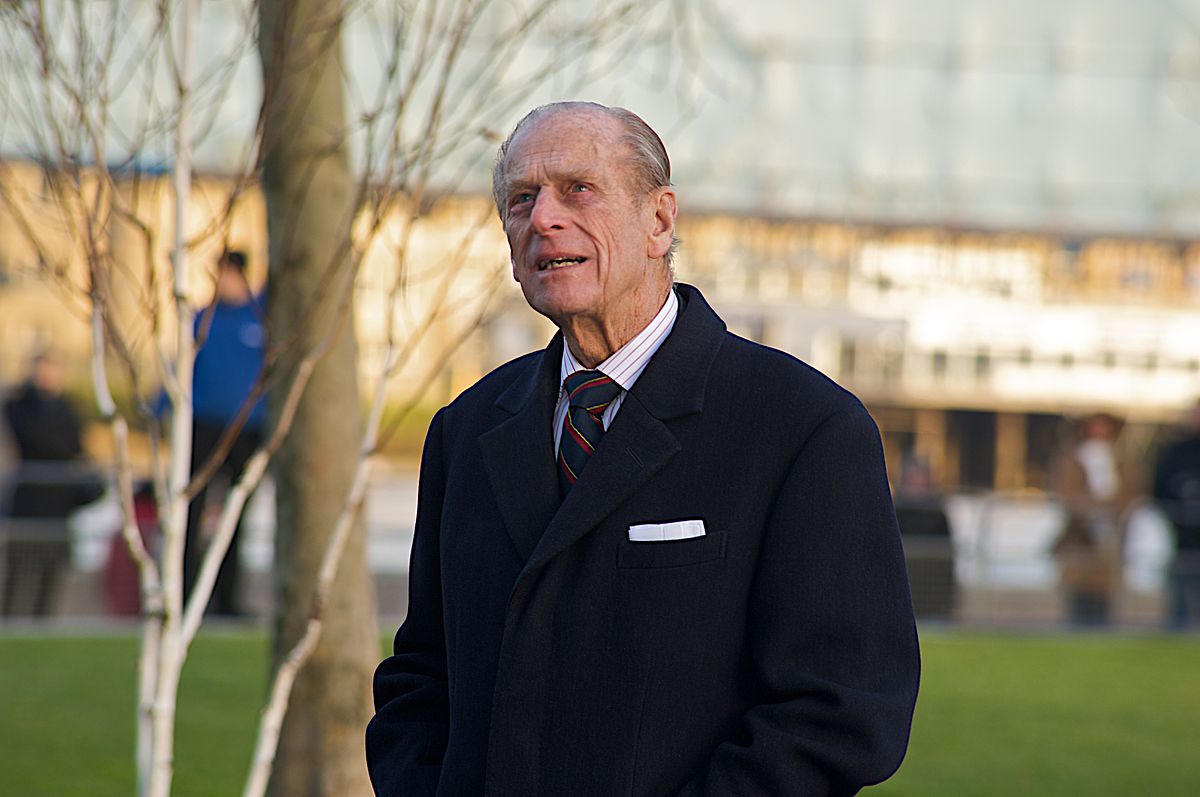 December issue of the Magazine 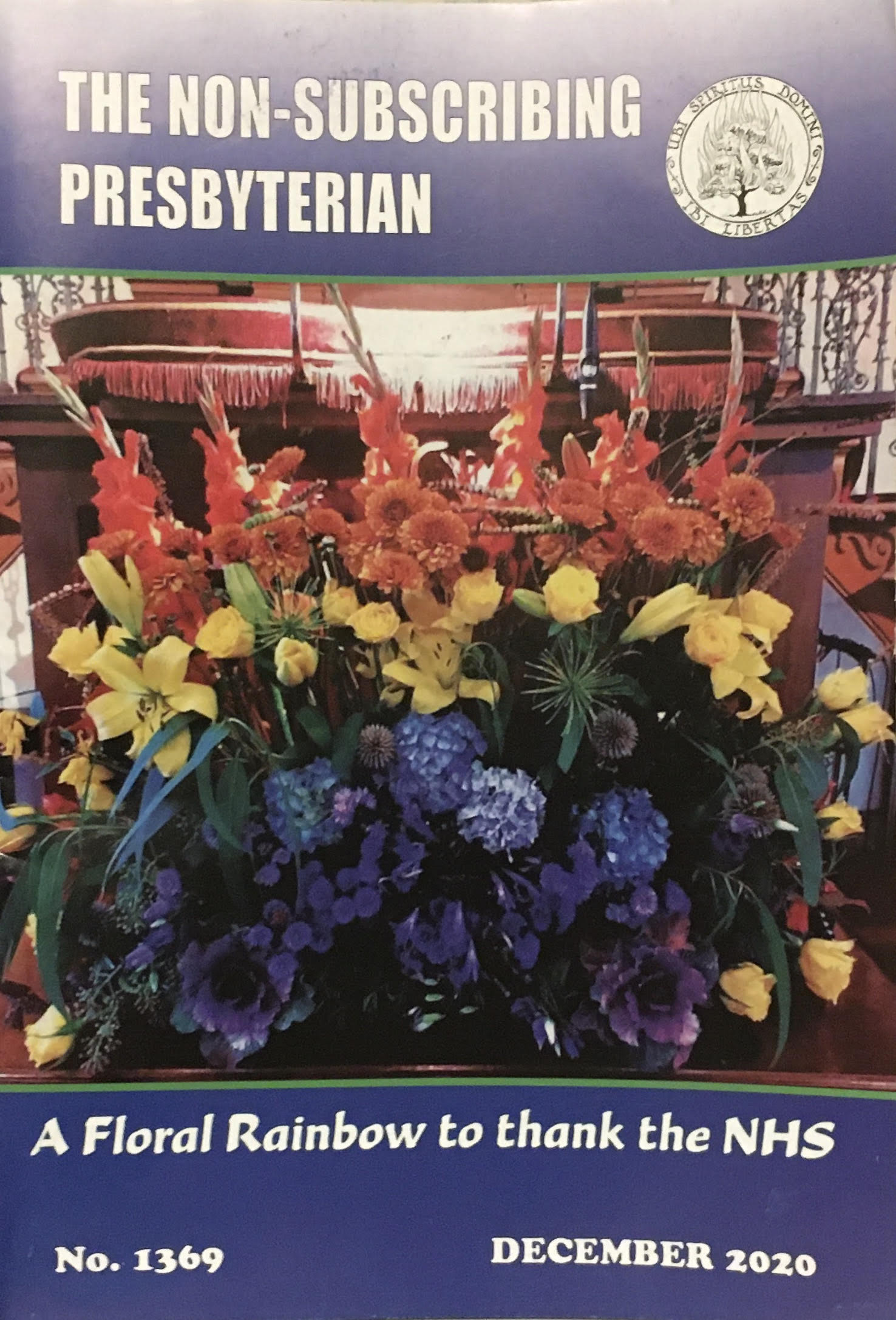 The DECEMBER edition of the Non-Subsribing Presbyterian Magazine is available.  The Table of Contents appears below.

If you are interested in subscribing to receive the magazine, please be in contact with Rev. Heather Walker at This email address is being protected from spambots. You need JavaScript enabled to view it.

COVER PHOTO: Harvest Celebrations continued to take place in some of our churches, yeilding more beautiful and colourful displays. This joyful rainbow was created by Elizabeth Stevenson from Banbridge. I think it's the display of 2020!
EDITORIAL: December
I love Christmastide.
This year, a much larger population than usual seems to have embraced the Christmas spirit early.  Trees have appeared earlier in homes, windows have been decorated with festive artwork; the darker nights are already aglow with neon stars and snowflakes.  I follow my own little traditions: the Christmas cups come down from the top shelf as soon as the ‘red cups’ arrive in certain large multi-national coffee stores, the red nose and antlers are attached to my long-suffering car, the summer Lego display is removed from the windowsill and replaced with a winter set, and my legion of Willowtree angels are assembled into a sizeable Nativity scene.  It brings me joy, and I suspect that search for joy is behind this year’s earlier immersion into festive decor.
It’s a theme running through the first Nativity narrative too - just like the characters in the Gnostic parable ‘The Wizard of Oz’, the gospel writers introduce us to a number of individuals who are searching for something which may, when distilled, be described simply as ‘joy’.
Joseph sought a good wife, space to work as a carpenter and stay below the notice of the Romans.  For him, joy was following in the footsteps of tradition, yet still find the freedom to create, within those rules.  God led him to that place by a somewhat circuitous route, and we know he felt heartache and uncertainty on his journey.  He was not judged for this, but reassured by God’s own voice within His dreams; an ordinary man searching for ordinary joy trusting in the extraordinary God that not only hears, but speaks.
Mary found joy in obedience to her Father’s will.  Her song of praise attests to this, as does her quiet contemplation of the things she witnesses; things we are told she ‘stores in her heart’.  She was aware that the quest to be obedient is not centred on a single event  - as a Nazirite vow would be - but is rather a lifelong journey of faith and determination; the recurring decision to obey, and the celebration of that.
The shepherds sought the joy proclaimed by the angels - peace on Earth, goodwill towards men, the glad tidings of good news - and they were invested in the search enough to leave the flocks and face derision in Bethlehem as they looked for God’s sign revealed.
The magi sought the star, which in turn would lead them to the promised king.  When they saw the star, we are told, they rejoiced, and when they found the Child, they worshipped.
We think of Simeon and his quest for fulfilment: his joy on receiving it, and his humble acknowledgement that he could depart the world in peace, having been led to the source of joy - the Christ child.
I also think of Herod.  His joy was power.  He desired authority, the ability to influence a city - which we learn in the phrase ‘he was troubled, and all Jesusalem with him’.  We think of recent dictators and those reluctant to yield power, however they have come by it.  Their whims and moods form the basis for their policies and actions, and so those beneath their charge learn to fear the temperament of the ruler, rather than the laws of the land.  Herod’s joy was centred on his acquisition of position; the joy of the others in the Nativity are found in the acquisition of something that remains despite the positions they find themselves in.  Youthful or aged, revered or disgraced, they held the sights, sounds and symbols of that night within themselves, and they found joy.
Positions and situations have been in flux all year, and those who find their worth within them are struggling to find joy.  What a time to turn to the Christmas symbols and reassure ourselves of the joy that awaits!  I delight in God’s timing of the Great Conjunction of Jupiter and Saturn, which will blaze as a Christmas star in the sky this midwinter’s night.  It reminds me that His promises are still true, His Sovereignty undiminished, and despite the journeys, the quests, the seeking and strivings of 2020, His capacity to give peace, hope and joy remains undimmed.
Yours in Christ,
Heather.
TABLE OF CONTENTS

Opening of Churches for Easter in Northern Ireland 2021 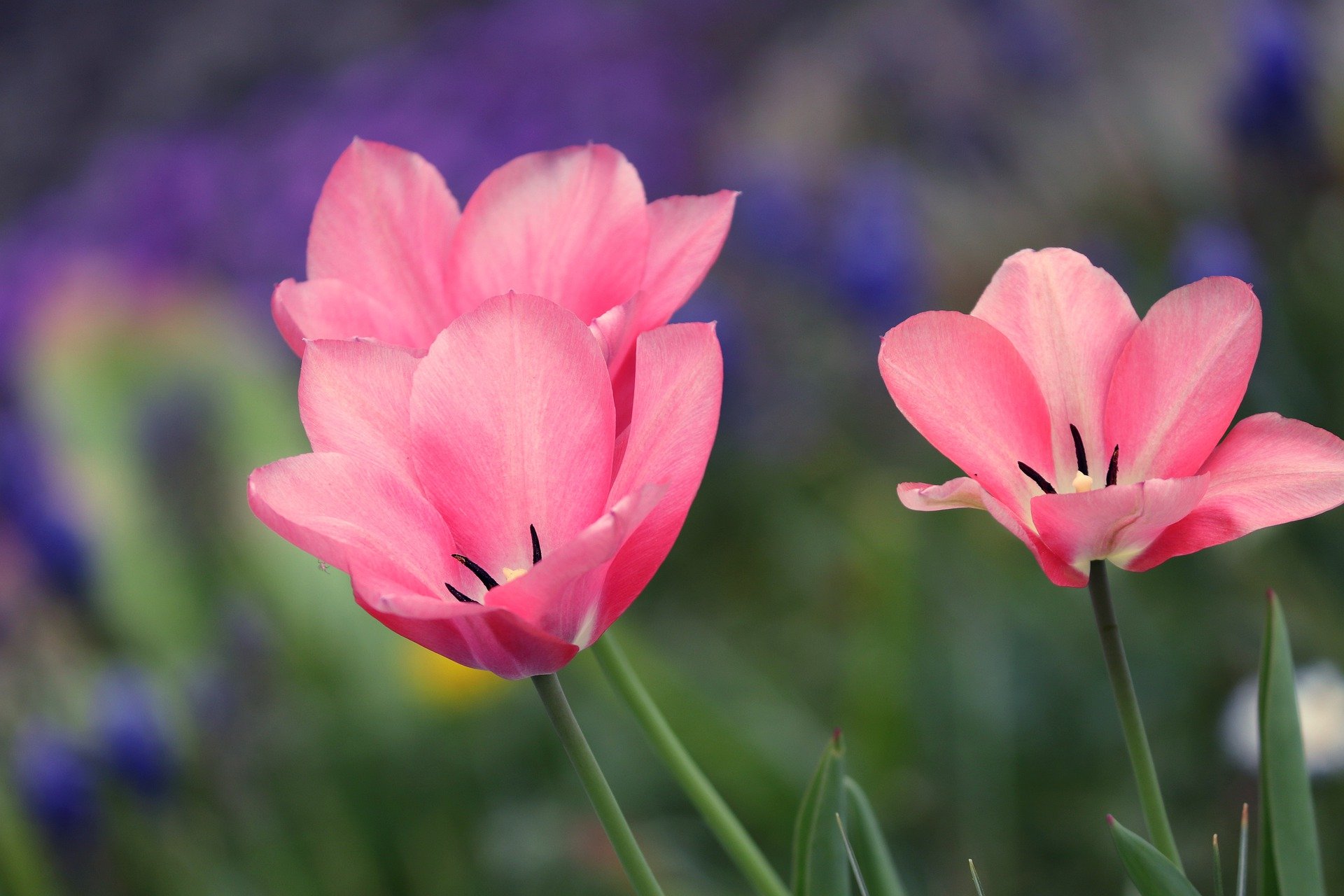 To all Ministers, GPC, and Congregational Office bearers (whose emails I have).

As you may know several of the main denominations are reopening their church
doors for the Easter period.

We would encourage those of you, who feel it appropriate to open your church for
Easter to place a strong emphasis on the importance of wearing masks, social
distancing, hand washing and sanitising etc. — mindful of the risk that the rollout
of the vaccination programme could make people complacent about the very real
risks which remain.

We appreciate the sacrifices many of you have made by not holding ‘in person’
services and where possible going on line and communicating with church
members by telephone, mobile, email etc. over the past year.

The BBC are planning to host an interdenominational service for Easter Sunday
which we could all enjoy.

We encourage you especially at Easter, to remember and in your prayers and
reflections, to think about, what many people (including those of all faiths and
none) have been through as a result of Covid-19.

With every good wish,
Yours in the Lord,
Chris and Robert

(Moderator & Clerk of the NSPCI) 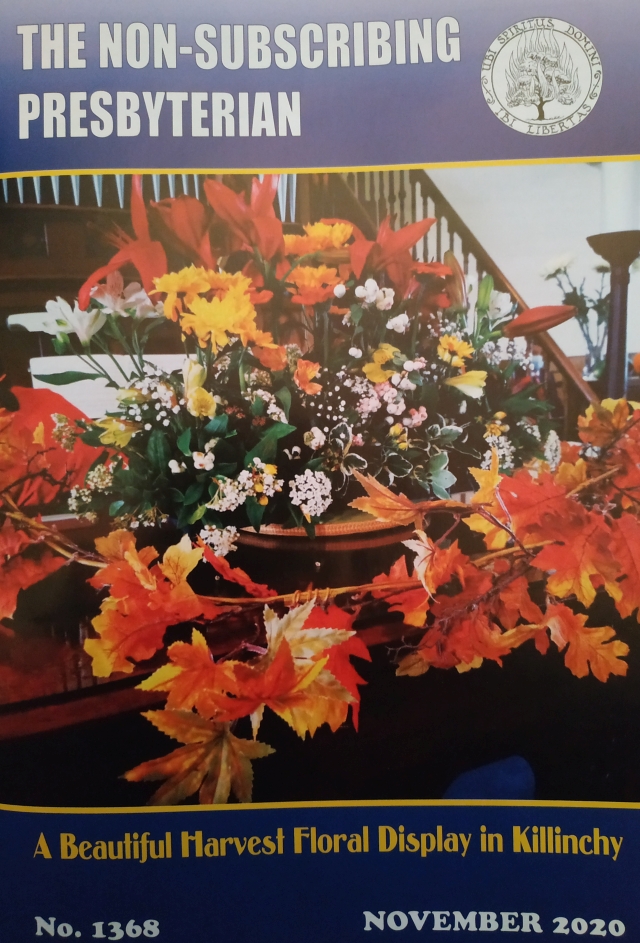 The NOVEMBER edition of the Non-Subscribing Presbyterian Magazine is available.  The Table of Contents appears below.

If you are interested in subscribing to receive the magazine, please be in contact with Rev. Heather Walker at This email address is being protected from spambots. You need JavaScript enabled to view it.

COVER PHOTO:
Despite services being smaller in size at the moment, they are still filled with heart and spirit. Many of our Churches had beautiful harvest arrangements, including this autumn-themed centrepiece in Killinchy.
CONTENTS
Editorial    2
On Circumspection   3
Christian Aid Christmas Appeal   5
New of the Churches   7
Social services    10
-A selection of virtual worship and inspiration from our Churches' Social Media sites.
Children's Corner     23
The Hymns We Sang Together    24
Obituaries     25
Online Ministry Links and Addresses    26
EDITORIAL - REV. HEATHER WALKER

If nothing else, 2020 has been a good year for memories!  We have certainly made some new ones, and it will be interesting to see how the various country across the world will be remembered by future generations for their response to Covid-19 throughout the year.  We might, in future years, remember having to go back to the car to pick up a mask before entering a shop.  We might talk of the great ‘toilet-paper shortage’ or the ‘Rise of Deliveroo’.  We might have new reasons to laugh at ourselves as a species; or the memories might be sharper: painful and sorrow filled.  As we come through November, many families are facing their first Christmas without a familiar face within the home.  Perhaps Remembrance Day this year will be more poignant than most as we, like those on the first Armistice Day, struggle to comprehend the number of casualties and deaths, and are unaware of the lasting effects on global politics, economics and mental health.  As we stand to remember the fallen, will our minds turn also to the medical staff in the beleaguered hospitals and care homes?  The frontline workers trying to keep the supply chains running and prevent food poverty compounding the problems of isolation and vulnerability?  The grieving, the anxious, the despairing and hopeless; those who blame the government and those who blame God.  All those, in fact, that Jesus shared with throughout His life and ministry.  Is our society now so very different to the one into which Christ was born?  Are the people we interact with (masked and socially distanced, of course) totally removed from those who called for His crucifixion, or wept at His tomb?  I would be inclined to think not.  I remember His words of compassion to all: words of comfort, forgiveness and challenge.  I remember the lives He changed and the visions He inspired; the social norms He dispelled and the outcasts He touched.  I wonder how we can best honour that memory; and recognise that all we can try to do is continue walking within that legacy, reaching out to those who are broken and offering compassion to those exhausted by the trials of this year.

I loved viewing and receiving photographs of harvest food bank donations alongside the colourful displays of fruit and flowers this year; a reminder that we do look beyond the trappings of ‘church’ to the substance of the social gospel: making a positive difference in the lives of those it is within our power to help, in the Name of Jesus.  We remember those in need, not with pity but with practicality; not to degrade, but to dignify.  In doing this, we show love and fulfil the Lord requirement from Micah 6:8: ‘to do justice, and love merciful-kindness and to walk humbly with your God’.