The Presbyterian Historical Society is publishing a short book on Rev Samuel Haliday (1685-1739) written by the Rev. Dr. David Steers.

This will be officially launched at a special event very kindly hosted by First Church, Rosemary Street, Belfast on Wednesday, 17th November at 7.00pm. The evening will include contemporary music provided by harpist Tanya Houghton, the church's musician in residence.

All members of the denomination are invited.

The evening is free but Covid regulations require registration in advance.

Samuel Haliday was minister of Belfast’s First Presbyterian congregation from 1720 until his death in 1739. Following his installation the first subscription controversy broke out and Haliday became one of the most eloquent and able exponents of the NonSubscribing cause. But this new booklet shows that Haliday’s career and his attainments stretched much further. He travelled widely around Europe as a student, as an army chaplain and as the guide to the nephew of Sir Hans Sloane (the Killyleagh-born founder of the British Museum) on a ‘grand tour’. He was highly
regarded in Geneva, an important link between English and Irish dissenters, and a lobbyist for the Church of Scotland in London. His
accomplishments were considerable and marked by easy communication equally with Anglican Bishops and Church of Scotland Moderators, and a strong friendship with a number of theologians in Switzerland, all of which fed back into the theological controversies amongst Presbyterians in Ulster in the 1720s.

Copies of the book will be available for purchase, priced £3 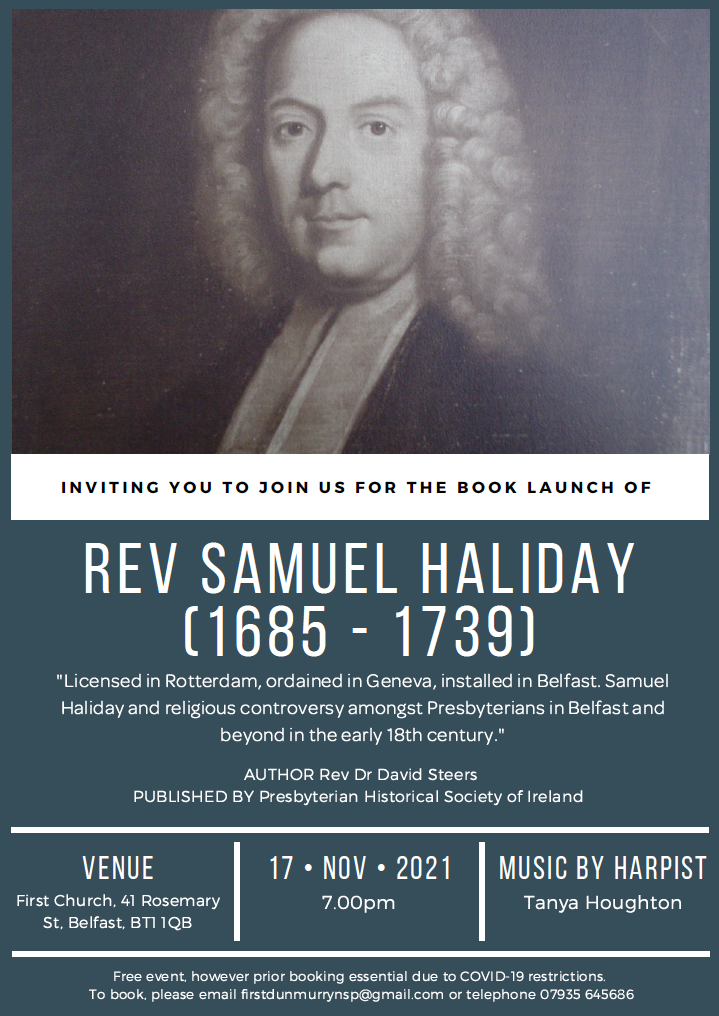